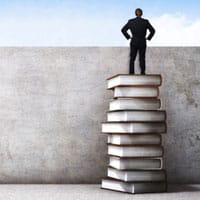 Literary Agents List – This article reveals the most searched book agents and literary agencies on the internet. Find out how you can submit your work to the publishing agents on this list, and get FREE access to the world’s best Directory of Literary Agents, created by former NY Times bestselling literary agent Mark Malatesta.

Scroll below to see the most searched literary agencies. Click here to get our free Literary Agents MP3 with insider secrets to get you published. And, click here to get instant access to our online Book Agent Directory.

Don Fehr is a book agent with Trident Media Group. Don has been in the publishing industry for more than 20 years in editorial and executive positions with book publishers such as Viking Penguin, Basic Books, Atheneum, Addison-Wesley, and Smithsonian Books/HarperCollins. Don has published over a dozen New York Times Bestsellers. Click here to learn more about Don Fehr Publishing Agent.

Who’s on our book agents list with Brandt & Hochman? They have an all-star roster of award-winning authors of both fiction and nonfiction, including Scott Turow and Michael Cunningham. Click here to learn more about the Brandt & Hochman Literary Agents.

Eleanor Jackson has been a book agent since 2002. She is a graduate of Colby College and the Columbia Publishing course. Eleanor represents a wide range of authors writing fiction and non-fiction. She likes authors who take risks with their work and lives in Brooklyn, NY. Click here to learn more about Eleanor Jackson Publishing Agent.

Prior to joining Park Literary Group, Theresa Park was a publishing agent with Sanford J. Greenburger Associates. Before that she was an attorney. Theresa is a graduate of  Harvard Law School and U.C. Santa Cruz. Click here to learn more about Theresa Park Publishing Agent.

Who is Susan F. Schulman and why is she on our literary agents list? Before becoming an agent, Susan served as Associate Publisher of Ohio University Press and acquired over 100 titles for the Press. Susan also has a Certificate in Intellectual Property Law from New York University. Click here to learn more about Susan F. Schulman Book Agent.

Henry Thayer represents both fiction and nonfiction authors. Henry is interested in a wide variety of subjects with a special interest in literary writing. Henry is looking for new voices that are engaging and he likes compelling narratives. Click here to learn more about Henry Thayer Book Agent.