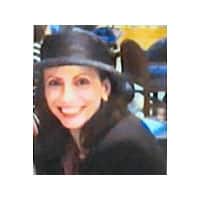 Brandt & Hochman Literary Agents include Gail Hochman, Carl Brandt, and Bill Contardi (among others). Scroll below to learn more and see how you can submit your book to Brandt & Hochman for representation.

This literary agent profile is part of a series from our Literary Agents List for Authors.

Brandt & Hochman literary agents Gail Hochman and Bill Contardi have an all-star roster of award-winning authors of both fiction and nonfiction.

Gail Hochman first landed an entry-level position in publishing at G.P. Putnam’s Sons in 1975, when it was still a privately held company. As a young editorial assistant, she worked in the magazines department working closely with well-known authors to sell their short stories and book excerpts to The New Yorker and The Atlantic Monthly. In a career spanning more than 30 years, Gail Hochman has come a long way since editing her classmates’ college papers and becoming an “accidental” agent. Gail Hochman is the president of Brandt & Hochman, and long-time president of the AAR (Association of Authors’ Representatives).

Bill Contardi worked for ten years as an editor for NAL, Berkeley, Popular Library, and Avon Books. He was director of literary affairs at United Artists and then vice president, literary affairs, at Warner Bros., both in their New York offices, charged with bringing in books for the studios to develop for feature film. For eleven years, Bill was a dramatic rights agent for books to film and television at William Morris in New York. Since 2002, he has been a literary agent with Brandt & Hochman, representing authors and selling their work to publishers.