Literary Agent Undercover – About Us

Home » Literary Agent Undercover – About Us 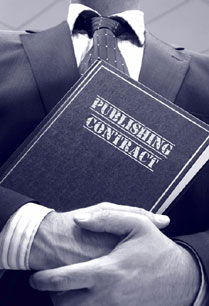 Literary Agent Undercover is only for authors who understand the benefits of traditional publishing: no financial risk because someone else is paying for the privilege of publishing your book; a higher quality product thanks to a top-notch editor and cover designer; more profit due to better sales, distribution, and publicity; subsidiary rights opportunities like merchandising, translations, TV, feature film, etc; increased credibility and more book reviews; and the ability to spend more time writing, promoting, and doing what you love.

Literary Agent Undercover was founded by Mark Malatesta (former NY Times bestselling literary agent), after he went “undercover” as an book agent for five years… to learn how to get his own books published. That’s how he came up with the name for his new author consulting company, Literary Agent Undercover. While Mark Malatesta was an agent (President/Owner of New Brand Agency Group) he used the pseudonym “Mark Ryan.”

As an agent, Mark secured contracts with publishers like Simon & Schuster, St. Martin’s, Hyperion, Prentice-Hall, Workman, Andrews-McMeel, Entrepreneur, Barron’s, Amacom, and many more… resulting in millions of books being sold, as well as works being picked up for TV, stage, and feature film (with companies like Paramount Pictures and DreamWorks). Mark’s authors have gotten 6-figure advances, been on the NY Times bestseller list, been licensed in more than 30 countries, and won national and international awards and honors.