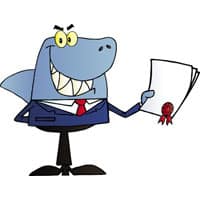 Literary agency contract for idiots – that’s how I’m describing the contract below. One of my 1-on-1 coaching clients was recently offered this contract from a supposedly legitimate literary agency.

That’s because she’s not stupid (and, even if she was, I wouldn’t have let her sign this literary agency contract). That’s one of the many advantages of having me in your corner as a consultant.

The reason I’m writing this article is to prevent you from signing a literary agency contract for idiots. Not because I think you’re stupid, but because you’re probably not a lawyer. And, even if you are, some of the things you’re going to see below are subtle.

Publishing is a business, no different than any other. There are ethical book agents who want to be fair and create win-win situations. Then there are predator agents only interested in their bottom-line. 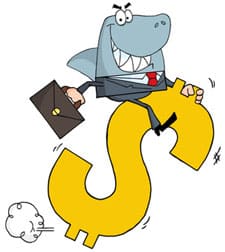 I know, you’re supposed to be able to trust your agent. After all, a popular synonym for literary agent is “author representative.” The word representative means someone standing, or acting for, another and his or her best interests.

Here are the clauses…

Any product that results from negotiations, promotions or representations conducted by the Agent or anyone else during this period of this Agreement, shall be included within the definition of the Work.

So… what if, after the book is published, the author independently creates and produces a related workbook, t-shirt, card deck, board game, etc.? If you were that author, would you want to give 15% of all your income from that to your agent?

I don’t think so…

As used herein, the Work shall include any and all derivatives resulting from or about the basic concept of the Work.

This literary agent contract clause says you’re obligated to give your agent 15% of absolutely anything related to your book. That could include appearance fees, workshop fees, speaking fees, etc. Even if you’re the one responsible for making it all happen.

The word “derivative” would also include any sequels to your book. Or, what if you decided to write a new book series, using one of the minor characters from your first book as a new lead character?

Time to whip out your checkbook…

In general, the Work as used herein, shall be broadly construed to encompass all economic benefits, however described, which result from or because of the Work.

Could this literary agent contract clause be any broader? They even use the word “broadly.” So let’s say that a TV show producer reads your book and contacts you directly to offer you a spot as a host on TV that has nothing to do with your book. 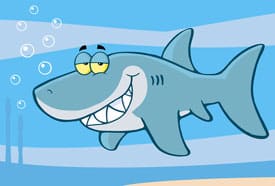 You’ll be paying your book agent for that, too.

The Agent is hereby assigned Fifteen Percent (15%) of all economic benefit which the Author receives from the Work, including advances, royalties, licensing fees, percentage payments, contingent payments, acquisition fees, product endorsements, syndications, residuals or any other monetary and/or economic benefit whatsoever.

Talking about product endorsements in a literary agent contract?

So if you’re asked to be a spokesperson for xyz company, and you get paid, you’re expected to give your literary agent a piece of that action also?

Any entity owing Author any economic benefit as described herein shall make the payment assigned Agent directly to Agent and the contract shall so provide.

Are you starting to see that this might not be the best literary agent contract for you?

Not only are you expected to give 15% of your speaking fees, etc., to your agent… you’re also now expected to ask the organization paying you to make the check out to your agent, then wait for them to pay you.

If your literary agency also runs a speakers’ bureau and you’re interested in them representing you as a speaker (and getting you gigs), sign a separate agreement for that.

It doesn’t belong in your literary agency contract.

The Agent shall be responsible for the Agent’s own costs in connection therewith, including, but not limited to, travel, entertainment, telephone, and other similar out-of-pocket charges. However, once a contract is signed, the purchaser of the Work or the Author shall be liable for all of Agent’s travel and other expenses in connection therewith.

That’s rich… for your agent.

Sure, you’re going to agree to reimburse your literary agent for any travel and entertainment expenses that they see fit. 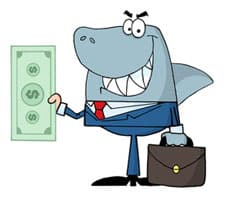 Don’t approve this clause in your literary agency contract.

The Author will be liable for payment of all attorney fees incurred for negotiating all contracts with any entity involving the Work and the Author, should an attorney be required.

Um, I always thought that one of the main reasons you hire a literary agency is because they have the knowledge and experience to negotiate your publishing contract for you.

If your book agent needs to hire an attorney to figure out your contract(s), they probably aren’t qualified to be an agent.

And you shouldn’t be signing their literary agency contract.

The Author agrees that without the prior written consent of the Agent, the Author will not prepare, write, publish or collaborate in the preparation, writing, printing or publishing, or  allow his name to be used in connection with any Work on the same general subject as the Work that will compete with and interfere with the sales of the Work.

It doesn’t belong in an author/agent agreement. This clause belongs in the contract you’ll be signing with your publisher.

For a period of two (2) years from the date of this Agreement, Author agrees to be represented exclusively by the Agent regarding the Work (“Exclusivity Period”).

One year or less is standard. 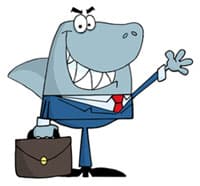 If your book agent wants to represent you for more than a year, he or she needs to earn it… by making a real effort to try and sell your book during year one. If your literary agent does that, you might want to sign a new literary agency contract for a second year.

But it should be your choice.

This literary agent is a control freak.

You’re expected not to have any communication with your editor or anyone else at the publishing house… without mommy or daddy agent saying it’s okay or looking over your shoulder?

The Author agrees and understands that the Author, rather than the Agent or Publisher, shall be responsible for the publicity and marketing of the book.

You probably know that authors share the responsibility of promoting books. But this clause just makes the literary agent look like an idiot. Plus, it makes me feel like the agent doesn’t want to be held responsible, in any way, for whether the book is successful after a deal is done.

This clause has no business in a literary agency contract.

Would YOU sign a contract that had all of those clauses in it? Have you ever been offered one? What do you think about literary agencies that have these types of contracts? 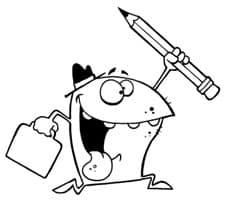 Leave a comment below… AND click on the following link to learn about the clauses that SHOULD be in your literary agent contract.