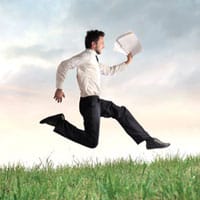 Literary agent contract clauses aren’t that complicated… if you have someone to explain them to you. So that’s what I’m going to do in this article.

This article is part of an 8-part series called Hiring a Literary Agent to Represent You. If you don’t already have one or more literary agencies offering representation, and you want to change that, click here to read my Get a Publishing Agent Guide.

The parties involved clause in a book agent contract identifies the literary agency and the author. Some literary agencies use this section to include other identifying information about the author such as mailing address, phone number, social security number or tax ID number, email address, and website/blog address. This section might also include the date of the agreement.

The clause in a book agent contract lists the book title(s) being represented. It also indicates whether the representation is exclusive, and it details the type of representation that is authorized. For example: book publishing rights, film rights, other rights, etc.

This clause reveals the duration of the book agent contract. The term of an agreement can be any time that the author and agency agree on, although most agreements are twelve months.

The renewal clause outlines what needs to happen for a the literary agent contract to be renewed beyond the term described above. Some agreements include auto-renewal while others require a new agreement or addendum be drafted.

The commission clause in a book agent contract defines the literary agency commission percentages for book sales and all subsidiary sales such as movie rights, etc., that are relevant to the project. This literary agency contract clause will usually include different percentages for sales made independently (usually 15%) and sales made with the help of a sub-agent or co-agent. In that case the percentage is usually 20%, divided evenly between the two agents involved.

The payments clause in a book agent contract explains how you will be paid. Author advances and royalties are usually paid directly to the literary agency, who then pays the author within 7-10 business days after receipt and bank clearance, with full accounting provided.

If your literary agency requires reimbursement of relevant expenses to its representation of your book, you’re literary agency contract will include an expenses clause. Such expenses might include: manuscript/proposal copying costs; necessary overnight deliveries; postage and handling for manuscripts; foreign shipping and communication costs; etc. Such expenses are often limited to a certain amount and subject to the author’s approval, and accompanied by an itemized accounting. Legitimate literary agencies only request reimbursement for expenses from the author out of proceeds from the project, meaning they’ve already sold your book.

The governing law clause in a book agent contract identifies the state where the agreement will be binding. This is important because any disputes will have to take place in this state. Most literary agencies list their home state in every literary agency contract.

The dispute resolution clause: Author and Agency agree that any and all disputes arising under this Agreement that they are unable to resolve themselves shall be addressed solely and exclusively by engaging the services of a mediator who is mutually agreed upon by the parties. The parties shall share the costs of the mediation equally.

A notices clause in a book agent contract simply specifies how any important notices relevant to the agreement must be delivered. For example: by hand, overnight courier service, certified US Mail, return receipt requested, etc.

The authority clause in a book agent contract states that the author owns the complete copyright and has complete authority related to the Project. In other words, the author warrants that he or she has obtained all necessary rights and permissions for materials included in the book and will indemnify and hold the Agency harmless on matters related to the project.

The entire agreement clause in a book agent contract explains that the agreement is the sole agreement between the author and agency, and it supersedes any previous representations, promises or agreements, written or oral. This clause in a literary agency contract also outlines the protocol that must be followed if any amendments or modifications are to be made.

The signature section of a literary agency contract is where both the author and agency representative must sign the agreement, indicating that they concur with the terms and conditions of this Agreement.

Now, click here to read the next article in this 8-part series
and see a Sample Literary Agent Contract.