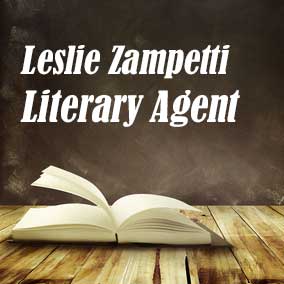 Formerly, Leslie Zampetti Literary Agent was a librarian for over two decades. She has experience in public, special, and school libraries. She has cataloged rocket launch videos and Lego rocket ship models, presented SEC documents and story times, and negotiated with organizations from Lexis-Nexis to the PTA. That experience has given her a distinct perspective on publishing and readers. A writer herself, Leslie’s very familiar with querying from both sides of the desk.

Scroll below now to view representative titles and a complete profile for Leslie Zampetti FREE in our Book Agents Directory.

Scroll below now to view the AAR status and a complete profile for Leslie Zampetti FREE in our Book Agents Directory.

Scroll below now to view the email and postal address for Leslie Zampetti FREE in our Book Agents Directory.

Join thousands of other subscribers today. Simply enter your first name and email address for free, instant access to the Directory of Literary Agents. Get complete access to comprehensive profiles for both established book agents and new literary agents like Leslie Zampetti Literary Agent.