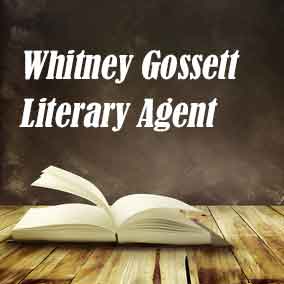 Whitney Gossett Literary Agent joined an entertainment and literary agency in 2013, after almost a decade in Nashville working in Country Music, and passionately translated her knowledge of entertainment into the world of publishing. She has represented over two hundred authors, and over twenty-five New York Times Best-Sellers, such as: Trey Gowdy, Judah Smith, Tim Tebow, Governor Greg Abbott, Eva Shockey, Emily Maynard, and Eric Metaxas. With a management and marketing mindset, she believes in taking a holistic approach to publishing, and strategically using a book to strengthen the larger message of a brand.

In addition to literary representation, Literary Agent Whitney Gossett has served her clients by executive produced non-scripted television projects for networks, such as: BRAVO, TLC, HGTV, and Facebook; is a partner with T3 Agency a white label travel company, and consults with top churches around the country.

Literary Agent Whitney Gossett serves as a founding board member for the non-profit, Children Inspiring Hope, is an advisory member for the Initiative Network, and is a volunteer Young Life leader at The University of Texas.

In 2020, Whitney Gossett Literary Agent launched Capital Literary as a holistic way of serving authors and their words.

Scroll below now to view representative titles and a complete profile for Whitney Gossett FREE in our Book Agents Directory.

Scroll below now to view the AAR status and a complete profile for Whitney Gossett FREE in our Book Agents Directory.

Scroll below now to view the email and postal address for Whitney Gossett FREE in our Book Agents Directory.

Join thousands of other subscribers today. Simply enter your first name and email address for free, instant access to the Directory of Literary Agents. Get complete access to comprehensive profiles for both established book agents and new literary agents like Whitney Gossett.