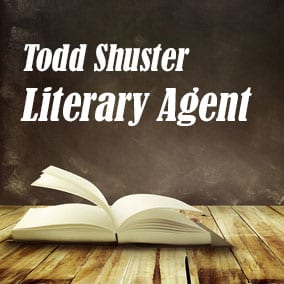 Todd Shuster Literary Agent – This article about Literary Agent Todd Shuster and Aevitas Creative Management is part of a series about literary agents and how to Find a Publishing Agent. Publishing Agent Todd Shuster is an agent with Aevitas Creative Management. DO NOT QUERY THIS AGENT AT THIS TIME: Todd is not currently accepting unsolicited submissions. Following college at Yale (where he graduated magna cum laude, Phi Beta Kappa) and law school at Northeastern University (where he subsequently taught on the adjunct faculty), Book Agent Todd Shuster practiced publishing and entertainment law at the law firms of Palmer & Dodge and Ropes & Gray. He founded the Zachary Shuster Harmsworth Literary Agency, which merged with Kuhn Projects to form Aevitas. He is based in the agency’s New York office.

Scroll below now to view representative titles and a complete profile for Todd Shuster FREE in our Book Agents Directory.

Scroll below now to view the AAR status and a complete profile for Todd Shuster FREE in our Book Agents Directory.

Scroll below now to view the email and postal address for Todd Shuster FREE in our Book Agents Directory.

Want more information about Todd Shuster? Join thousands of other subscribers today by entering your first name and email address. You’ll get free access to the Directory of Book Agents with detailed profiles for all book agents, including Todd Shuster Literary Agent.