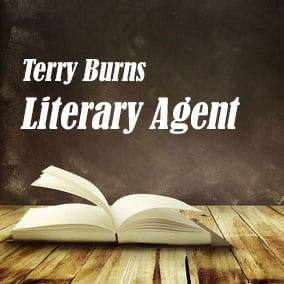 Terry Burns Literary Agent was an agent at the Hartline Literary Agency. He is no longer an agent. He is now an author and educator. Literary Agent Terry Burns was with the Hartline agency for over ten years, five years as an agent, and has a substantial list of clients, a growing list of credits, and a reputation for presenting to conferences all over the country. He was often listed near the top on the Publisher’s Marketplace list of agents helping debut authors to publish. Publishing Agent Terry Burns comes from a writing background, has over 40 books of his own in print, is a graduate of West Texas State and did post graduate work at Southern Methodist University. Terry is a native Texan and was based at Hartline’s Amarillo Texas field office.

Scroll below now to view representative titles and a complete profile for Terry Burns FREE in our Book Agents Directory.

Scroll below now to view the AAR status and a complete profile for Terry Burns FREE in our Book Agents Directory.

Scroll below now to view the email and postal address for Terry Burns FREE in our Book Agents Directory.

Join thousands of other subscribers today. Simply enter your first name and email address for free, instant access to the Directory of Literary Agents. Get complete access to comprehensive profiles for both established book agents and new literary agents like Terry Burns Literary Agent.