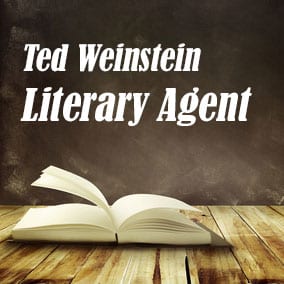 Ted Weinstein Literary Agent has broad experience on both the business and editorial sides of publishing. Before founding his agency in 2001, he held senior positions in licensing, marketing, publicity and business development with several major publishing companies. Also a widely published author, Literary Agent Ted Weinstein has been the music critic for NPR’s All Things Considered and a commentator for the San Francisco Chronicle, the Bay Guardian, SF Weekly and Might Magazine.

Scroll below now to view representative titles and a complete profile for Ted Weinstein FREE in our Book Agents Directory.

Scroll below now to view the AAR status and a complete profile for Ted Weinstein FREE in our Book Agents Directory.

Scroll below now to view the email and postal address for Ted Weinstein FREE in our Book Agents Directory.

Want more information about Ted Weinstein? Join thousands of other subscribers today by entering your first name and email address. You’ll get free access to the Directory of Book Agents with detailed profiles for all book agents, including Ted Weinstein Literary Agent.