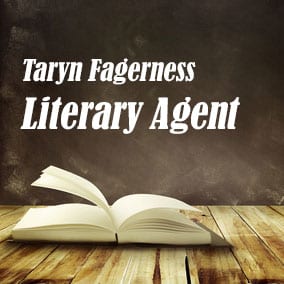 Taryn Fagerness Literary Agent spent five years as the Subsidiary Rights Manager and an Agent at the Sandra Dijkstra Literary Agency. She’s sold hundreds of books to audio, foreign, and film markets, including work by Seth Godin, Amy Tan, Charles Mann, Lisa See, Irvin Yalom, Keith and Brooke Desserich, Chloe Palov, Matthew Dicks, Cayla Kluver, Robin Brande, and many more. Literary Agent Taryn Fagerness has experience selling subsidiary rights for New York Times bestselling authors, first time authors, and everyone in between, in nearly all genres. She has exceptional relationships with foreign publishers, foreign co-agents, and scouts, and she handles all aspects of selling foreign rights from international fair-going to negotiating, submission, and tracking titles through publication and beyond.

Scroll below now to view representative titles and a complete profile for Taryn Fagerness FREE in our Book Agents Directory.

Scroll below now to view the AAR status and a complete profile for Taryn Fagerness FREE in our Book Agents Directory.

Scroll below now to view the email and postal address for Taryn Fagerness FREE in our Book Agents Directory.

Join thousands of other subscribers today. Simply enter your first name and email address for free, instant access to the Directory of Literary Agents. Get complete access to comprehensive profiles for both established book agents and new literary agents like Taryn Fagerness Literary Agent.