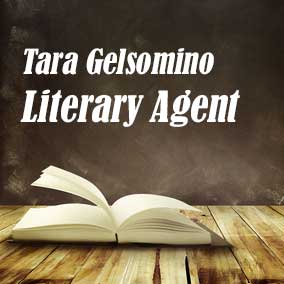 In 2013, Tara Gelsomino Literary Agent returned to her romance roots as the Executive Editor of Crimson Romance, a digital-first imprint for F+W Media and later Simon & Schuster, where she acquired and published more than three hundred titles by new and up-and-coming authors. Her proudest achievements at Crimson include leading the imprint to become the largest romance publisher of own voices titles, with nearly thirty percent of its 2017 books by authors of color (per The Ripped Bodice’s Diversity in Romance report). She’s also proud of conceiving, editing, and publishing Snow Falling, the TV tie-in romance novel for the Peabody Award-winning CW show, Jane the Virgin.

Scroll below now to view representative titles and a complete profile for Tara Gelsomino FREE in our Book Agents Directory.

Scroll below now to view the AAR status and a complete profile for Tara Gelsomino FREE in our Book Agents Directory.

Scroll below now to view the email and postal address for Tara Gelsomino FREE in our Book Agents Directory.

Join thousands of other subscribers today. Simply enter your first name and email address for free, instant access to the Directory of Literary Agents. Get complete access to comprehensive profiles for both established book agents and new literary agents like Tara Gelsomino Literary Agent.