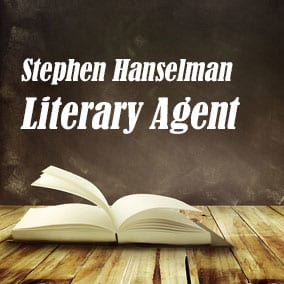 After graduating Harvard Divinity School in 1986 with a Master of Theological Studies degree, Stephen Hanselman Literary Agent founded Divinitas Books, a New England specialty chain and direct-mail operation focused on books from all religious traditions. At the beginning of 1992, after selling his business the prior year, Literary Agent Stephen Hanselman joined HarperSanFrancisco’s marketing department. This began thirteen years of tenure at HarperCollins in a variety of roles including sales manager, marketing manager, marketing director, sales director, director of product & market development, editorial director, and since 1999 as publisher of HarperSanFrancisco. Publishing Agent From 2002 to early 2005, Stephen Hanselman was group publisher responsible for all activities of HarperResource, HarperBusiness, and HarperSanFrancisco, as he led these imprints to an 85% increase in annual sales and record profits.

Scroll below now to view representative titles and a complete profile for Stephen Hanselman FREE in our Book Agents Directory.

Scroll below now to view the AAR status and a complete profile for Stephen Hanselman FREE in our Book Agents Directory.

Scroll below now to view the email and postal address for Stephen Hanselman FREE in our Book Agents Directory.

Want more information about Stephen Hanselman? Join thousands of other subscribers today by entering your first name and email address. You’ll get free access to the Directory of Book Agents with detailed profiles for all book agents, including Stephen Hanselman.