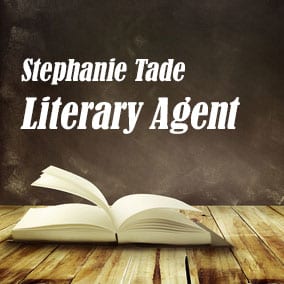 Stephanie Tade Literary Agent came from a family of musicians, artists, and writers. She earned a degree in psychology from Cornell University, and began her publishing career in subsidiary rights and publicity at Bantam Books. There she learned how to promote books and how to sell book club, film, serialization and foreign rights.

Publishing Agent Stephanie Tade was discovered by the Jane Rotrosen Agency, a literary agency with an inordinate number of bestselling authors. She thrived with JRA for almost two decades, as Literary Agent and Director of Film and International Rights. She left JRA to run the newly formed editorial book group Rodale General Books.

Scroll below now to view representative titles and a complete profile for Stephanie Tade FREE in our Book Agents Directory.

Scroll below now to view the AAR status and a complete profile for Stephanie Tade FREE in our Book Agents Directory.

Scroll below now to view the email and postal address for Stephanie Tade FREE in our Book Agents Directory.

Join thousands of other subscribers today. Simply enter your first name and email address for free, instant access to the Directory of Literary Agents. Get complete access to comprehensive profiles for both established book agents and new literary agents like Stephanie Tade.