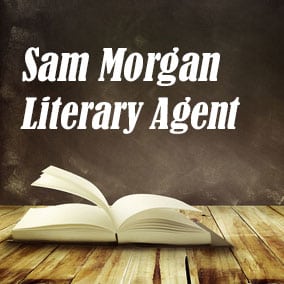 Sam Morgan Literary Agent was a literary agent with The Lotts Agency. He is no longer taking submissions. Book Agent Sam Morgan was a graduated from the University of North Carolina at Chapel Hill with a B.A. in Communications—Production and Media Studies. He was and agent with Foundry Literary + Media and Jabberwocky before he joined The Lotts Agency in 2019. Before that he worked in New York City as a pizza guy, television critic, and several other glamorous positions.

Sam Morgan Literary Agent was an active nerd across all media from British television (Black Mirror and Doctor Who), to videogames (Nintendo and Injustice), to SF and fantasy novels (Adams, Prattchett, Gaiman), to college basketball (Go Heels, Go America). He was active in the New York comedy scene at the Upright Citizens Brigade theater and making his own little videos in his spare time.

Sam Morgan Literary Agent’s clients all had a unique voice that only they could write. While they sometimes genre hop or genre bend, they write strong characters that can’t be ignored and delicious prose that’s irresistible. He was always interested in a great hook that can be pitched to studio execs and production companies.

Some of the authors Sam Morgan Literary Agent worked with include: Jack Campbell, Brandon Sanderson, and Charlaine Harris. 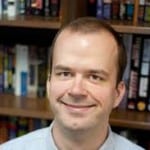 Don’t submit a query letter to Sam Morgan Literary Agent because he’s on our list of book agents who’ve stopped agenting, retired, or passed away. If you want to find book agents that ARE seeking new clients, click here now to access our Book Agents Directory. Or scroll below to learn more about Literary Agent Sam Morgan and The Lotts Agency.

Scroll below now to view representative titles and a complete profile for Sam Morgan FREE in our Book Agents Directory.

Scroll below now to view the AAR status and a complete profile for Sam Morgan FREE in our Book Agents Directory.

Scroll below now to view the email and postal address for Sam Morgan FREE in our Book Agents Directory.

Join thousands of other subscribers today. Simply enter your first name and email address for free, instant access to the Directory of Literary Agents. Get complete access to comprehensive profiles for both established book agents and new literary agents like Sam Morgan.