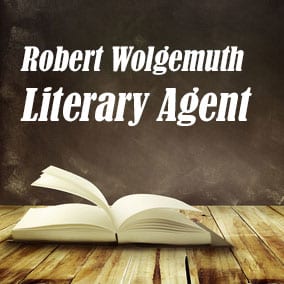 Robert Wolgemuth Literary Agent – This article about Literary Agent Robert Wolgemuth and Wolgemuth & Associates is part of a series about literary agents and how to Find a Publishing Agent. Publishing Agent Robert Wolgemuth is an agent with Wolgemuth & Associates. Book Agent Dr. Robert Wolgemuth graduated from Taylor University in 1969, and received an honorary doctorate in May of 2005. He’s an elder and Sunday school teacher at the First Presbyterian Church of Orlando. He’s known as a champion for the family, effective communication, leadership, listening skills, relationship building, and biblical truth. Among his professional accomplishments, he has served two terms as the Chairman of the Evangelical Christian Publishers Association.

Dr. Robert Wolgemuth Literary Agent has been in the media/publishing business for almost four decades. A former president of Thomas Nelson Publishers, he’s the owner of Wolgemuth & Associates, Inc. The agency has exclusively represented more than a hundred authors.

Literary Agent Dr. Robert Wolgemuth is a speaker and best-selling author of over twenty books. His books include, She Calls Me Daddy, the notes to the Dad’s Bible, The Most Important Place on Earth and What’s in the Bible: The Story of God through Time and Eternity, co-written with R.C. Sproul. His other collaborative works include Men of the Bible, The Most Important Year in a Man’s Life, Seven Things You Better Have Nailed Down before All Hell Breaks Loose and She Still Calls Me Daddy. His newest book, Couples of the Bible: A One-Year Devotional Study of Couples in Scripture, a collaboration with his wife, Bobbie, was published in the spring of 2013.

Dr. Robert Wolgemuth Literary Agent has been a frequent guest on Focus on the Family and FamilyLife Today. He has been a speaking and consulting resource for groups including DreamWorks, the Professional Golfers Association, Taylor University, Vanderbilt University Children’s Hospital, The Maryland Science Center, Belmont University, and The Foundation.

Scroll below now to view representative titles and a complete profile for Robert Wolgemuth FREE in our Book Agents Directory.

Scroll below now to view the AAR status and a complete profile for Robert Wolgemuth FREE in our Book Agents Directory.

Scroll below now to view the email and postal address for Robert Wolgemuth FREE in our Book Agents Directory.

Want more information about Robert Wolgemuth? Join thousands of other subscribers today by entering your first name and email address. You’ll get free access to the Directory of Book Agents with detailed profiles for all book agents, including Robert Wolgemuth Literary Agent.