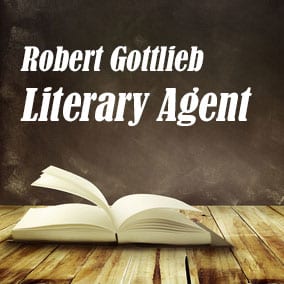 Robert Gottlieb Literary Agent – This article about Literary Agent Robert Gottlieb and Trident Media Group is part of a series about literary agents and how to Find a Publishing Agent. Publishing Agent Robert Gottlieb is an agent with Trident Media Group. He cofounded the agency with Daniel Strone in 2000. He’s the Chairman of the agency, which is book publishing’s number one ranked literary agency for North American sales for well over a decade in consecutive years. Book Agent Robert Gottlieb was born and raised in New York City. After graduating in 1976 from Elmira College with a Bachelor of Arts degree he began his illustrious career in the mailroom of the William Morris Agency as part of the company’s Agent in Training Program. In 1977, Gottlieb became a department assistant in WMA’s literary department and shortly thereafter began working with the head of the department, Owen Laster.

Five years later Robert Gottlieb Literary Agent became a literary agent, discovered Tom Clancy in the early eighties, and in 1989 was promoted to Senior Vice President, becoming one of the youngest agents to ever head the WMA Literary Department. He was then elected to the Board of Directors and became Executive Vice President in 1992.

Robert Gottlieb Literary Agent presently represents many best-selling authors. He has consulted with the Vatican and the Russian Cultural Ministry in connection with intellectual property rights. He attends the London Book Fair and Frankfurt Book Fair each year with his team of foreign rights agents and oversees the foreign rights department as well at Trident.

Mr. Gottlieb built his stellar reputation by being the first and the most effective literary agent to brand authors. He works across all genres, in both fiction and non-fiction. His successes over the years include international bestselling authors Tom Clancy, Dean Koontz and Janet Evanovich. He continues to grow his list of authors which currently include international bestselling authors Deepak Chopra, Catherine Coulter, Elizabeth George, Sherrilyn Kenyon, Mary Alice Monroe, and Karen Robards.

Scroll below now to view representative titles and a complete profile for Robert Gottlieb FREE in our Book Agents Directory.

Scroll below now to view the AAR status and a complete profile for Robert Gottlieb FREE in our Book Agents Directory.

Scroll below now to view the email and postal address for Robert Gottlieb FREE in our Book Agents Directory.

Want more information about Robert Gottlieb? Join thousands of other subscribers today by entering your first name and email address. You’ll get free access to the Directory of Book Agents with detailed profiles for all book agents, including Robert Gottlieb Literary Agent.