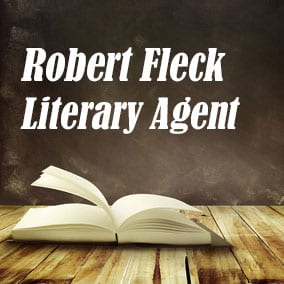 Robert Fleck Literary Agent was a literary agent at The Fleck Agency. He is no longer taking submissions. Book Agent Robert Fleck (Bob Fleck) was the founder of The Fleck Agency, previously Professional Media Services. He spent most of his adult life in the publishing industry. He joined Midnight Zoo Magazine and AE Press in 1990, and rose to become managing editor. He spent a couple years there before he became the personal assistant to editor and author Janet Berliner-Gluckman. From 1992 through 2004 he worked on anthologies and novels with Janet, including David Copperfield, the illusionist. He also worked with authors, such as: Ray Bradbury, Kevin J. Anderson, Jack Kirby,Peter Beagle, Neil Gaiman, Joyce Carol Oates, F. Paul Wilson, and many others.

Following Janet’s retirement, Robert Fleck Literary Agent reopened Professional Media Services to agenting. He represented Janet and many other authors he had built relationships with. After Janet passed away, he opened The Fleck Agency.

Don’t submit a query letter to Robert Fleck Literary Agent because he’s on our list of book agents who’ve stopped agenting, retired, or passed away. If you want to find book agents that ARE seeking new clients, click here now to access our Book Agents Directory. Or scroll below to learn more about Literary Agent Robert Fleck and The Fleck Agency.

Scroll below now to view representative titles and a complete profile for Robert Fleck FREE in our Book Agents Directory.

Scroll below now to view the AAR status and a complete profile for Robert Fleck FREE in our Book Agents Directory.

Scroll below now to view the email and postal address for Robert Fleck FREE in our Book Agents Directory.

Join thousands of other subscribers today. Simply enter your first name and email address for free, instant access to the Directory of Literary Agents. Get complete access to comprehensive profiles for both established book agents and new literary agents like Robert Fleck Literary Agent.