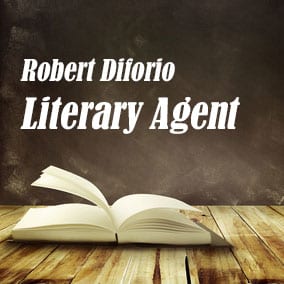 Robert Diforio Literary Agent led the management of Odyssey Partners in a leveraged buy out of the company from Times Mirror in 1982. They purchased E. P. Dutton and sold the combined company to Pearson PLC in 1986, which merged with Viking Penguin to create Penguin USA. Literary Agent Robert Diforio started the D4EO Literary Agency in late 1989.

Scroll below now to view representative titles and a complete profile for Robert Diforio FREE in our Book Agents Directory.

Scroll below now to view the AAR status and a complete profile for Robert Diforio FREE in our Book Agents Directory.

Scroll below now to view the email and postal address for Robert Diforio FREE in our Book Agents Directory.

Join thousands of other subscribers today. Simply enter your first name and email address for free, instant access to the Directory of Literary Agents. Get complete access to comprehensive profiles for both established book agents and new literary agents like Robert Diforio.