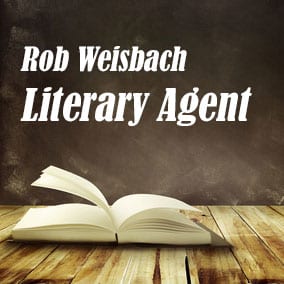 Rob Weisbach Literary Agent – This article about Literary Agent Rob Weisbach and Creative Management is part of a series about literary agents and how to Find a Publishing Agent. Publishing Agent Rob Weisbach is an agent with Creative Management. Book Agent Rob Weisbach attended Phillips Academy Andover and Stanford University, where he studied American literature and poetry. He began his publishing career as an editorial assistant at Bantam Doubleday Dell in 1989 and was named Senior Editor in 1992. There he published three consecutive #1 New York Times bestsellers: Seinlanguage by Jerry Seinfeld; Couplehood by Paul Reiser; and My Point…And I Do Have One by Ellen DeGeneres. His other titles at BDD included Feeling the Spirit by New York Times photographer Chester Higgins, Jr. and Alice, an urban fairy tale by Whoopi Goldberg.

In 1996, Rob Weisbach Literary Agent was named President and Publisher of Rob Weisbach Books at William Morrow, where he oversaw the editorial, publicity, and sales strategy for a list of highly original fiction and nonfiction. Rob Weisbach Books received industry honors for innovation in marketing and jacket and catalogue design. The imprint also became known for reaching the next generation of readers through its Virgin Fiction series for first-time writers and cutting edge visual books.

In 2002, Rob Weisbach Literary Agent was named Vice President and Editor-at-Large at Simon & Schuster. There he developed cross-platform projects with other divisions of parent company Viacom and published select fiction and nonfiction titles with the Simon & Schuster adult trade division. In 2005, Literary Agent Rob Weisbach was named to the dual role of President and CEO of Miramax Books and President and CEO of The Weinstein Company’s new book division. There he oversaw the publication of the existing Miramax Books list and built a new infrastructure and publishing program for Weinstein Books. In 2008, Book Agent Rob Weisbach represented his first project as agent, the literary survival memoir Crazy for the Storm by Norman Ollestad, selling world rights to HarperCollins’s Ecco imprint. Ollestad’s extraordinary book became a New York Times bestseller, has been sold around the world, was chosen by Starbucks as their summer selection and by Amazon as one of the Ten Best Books of 2009, and was optioned by Warner Brothers for film.

Scroll below now to view representative titles and a complete profile for Rob Weisbach FREE in our Book Agents Directory.

Scroll below now to view the AAR status and a complete profile for Rob Weisbach FREE in our Book Agents Directory.

Scroll below now to view the email and postal address for Rob Weisbach FREE in our Book Agents Directory.

Want more information about Rob Weisbach? Join thousands of other subscribers today by entering your first name and email address. You’ll get free access to the Directory of Book Agents with detailed profiles for all book agents, including Rob Weisbach Literary Agent.