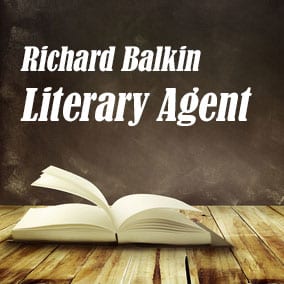 Richard Balkin Literary Agent was an agent with The Ward & Balkin Agency. He is now retired. Literary Agent Richard Balkin began in book publishing as a salesman for a college text publisher, then worked as an editor and, finally, executive editor for The Bobbs-Merrill Company. He is the former agent and publishing consultant for The Ford Foundation, a charter contributing editor to AMERICAN POETRY REVIEW, has taught courses in book publishing at Herbert Lehman College and the University of Massachusetts, has lectured at more than half a dozen writer’s conferences, and has written articles for a number of magazines, including McCALLS, POETS AND WRITERS, AFTER DARK, MODERN MATURITY, and WRITER’S DIGEST. For more than 35 years Publishing Agent Richard Balkin has had his own agency, The Balkin Agency, Inc., part of that time in Manhattan. For the past twenty years, he has been located in the Amherst area, where he continues to represent about fifty writers.

Richard Balkin Literary Agent’s first book, A WRITER’S GUIDE TO BOOK PUBLISHING (Hawthorn-Dutton, 1977) was reissued in a revised third edition in 1994 (Plume/New American Library), and has sold more than 80,000 copies. His second book, HOW TO UNDERSTAND AND NEGOTIATE YOUR OWN CONTRACT, was published by Writer’s Digest Press in 1985, and, after a third printing, appeared in a paperback edition in 1989. More recently, he was the co-compiler of THE WISDOM OF JOHN PAUL II (HarperCollins, 1995; second edition, Vintage 2001) and the general editor of the six-volume series EVERYDAY LIFE IN AMERICA (HarperCollins). Literary Agent Richard Balkin is currently the general editor of a new series of seven historical almanacs (Facts on File), of which six volumes – on the Colonial, Revolutionary, Civil War, Victorian, modern, and contemporary period – have already appeared; one more is in production. 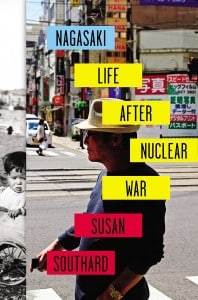 Scroll below now to view representative titles and a complete profile for Richard Balkin FREE in our Book Agents Directory.

Scroll below now to view the AAR status and a complete profile for Richard Balkin FREE in our Book Agents Directory.

Scroll below now to view the email and postal address for Richard Balkin FREE in our Book Agents Directory.

Join thousands of other subscribers today by entering your first name and email address. You’ll get free access to the Directory of Book Agents with detailed profiles for all book agents, including Richard Balkin.