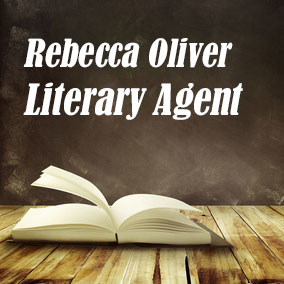 Rebecca Oliver Literary Agent was an agent with William Morris Endeavor Entertainment in New York City before she became the Executive Director of the Writers’ League of Texas in Austin. She is no longer an agent. Literary Agent Rebecca Oliver made the leap from Associate Director of Subsidiary Rights at Grand Central Publishing to Literary Agent. She joined William Morris Endeavor Entertainment in May 2007 as a literary agent and director of subsidiary rights, and moved over to join the new William Morris Endeavor (WME Entertainment) book department when the two companies merged in May 2009. Before becoming an agent Publishing Agent Rebecca Oliver worked in book publishing, first at St. Martin’s Press, and most recently at Grand Central Publishing (formerly Warner Books) as the Associate Director of Subsidiary Rights.

Rebecca Oliver Literary Agent joined the Writers’ League of Texas in Austin in September 2013 as Executive Director after more than sixteen years of experience working in book publishing. Rebecca Oliver Literary spent much of her publishing career inside two of the “big six” publishing leaders – Macmillan and Hachette Book Group – licensing domestic and foreign rights on behalf of countless notable authors, including: Sandra Brown, Brad Meltzer, Nicholas Sparks, Jon Stewart and the Daily Show, and more. Literary Agent Rebecca Oliver is now the executive director of the Writers League of Texas in Austin. She also enjoys volunteering in her local community for organizations as varied as KUT/KUTX, Austin Bat Cave, the Library Foundation, and I Live Here, I Give Here.

Don’t submit a query letter to Rebecca Oliver Literary Agent because she’s on our list of book agents who’ve stopped agenting, retired, or passed away. If you want to find book agents that ARE seeking new clients, click here now to access our Book Agents Directory. Or scroll below to learn more about Literary Agent Rebecca Oliver and William Morris Endeavor Entertainment.

Join thousands of other subscribers today. Get complete access to comprehensive profiles for all book agents like Rebecca Oliver Literary Agent in the Directory of Literary Agents, absolutely free. Simply enter your first name and email address and get instant access now.