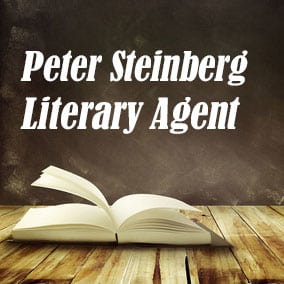 Peter Steinberg Literary Agent has represented numerous New York Times bestsellers (including three #1 New York Times bestsellers) and clients have been nominated for or awarded Edgars, The Pulitzer Prize, The Story Prize, The Paris Review Discovery Prize, PEN/Faulkner, and National Book Awards. Most recently, The Undocumented Americans by Karla Cornejo Villavicencio was a finalist for the 2020 National Book Award.

Scroll below now to view representative titles and a complete profile for Peter Steinberg FREE in our Book Agents Directory.

Scroll below now to view the AAR status and a complete profile for Peter Steinberg FREE in our Book Agents Directory.

Scroll below now to view the email and postal address for Peter Steinberg FREE in our Book Agents Directory.

Join thousands of other subscribers today. Simply enter your first name and email address for free, instant access to the Directory of Literary Agents. Get complete access to comprehensive profiles for both established book agents and new literary agents like Peter Steinberg Literary Agent.