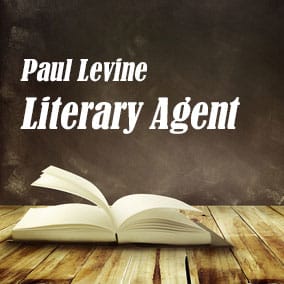 Paul Levine Literary Agent started his career as an associate attorney at the Law Office of Stephen F. Rohde, where he specialized in business transactions and civil litigation with an emphasis on trade secrets, trademark, unfair competition, copyright, book publishing, and the rights of privacy and publicity for more than half a decade. Literary Agent Paul Levine answered a “blind” advertisement in the Hollywood Reporter and went to work, for a couple years, for the Business and Legal Affairs Departments of Warner Bros. Television, where he negotiated and drafted agreements for all above-the-line personnel (writers, directors, actors, and producers) for network and cable television programming.

Paul Levine Literary Agent was recruited to the now-defunct Hearst Entertainment Productions, where he spent two years as Resident Counsel, negotiating and drafting agreements for all above-the-line personnel in distribution and production of first-run development, made-for-television movies, television series, and documentary programming. In 1992, Literary Agent Paul Levine established his solo entertainment law practice, first in Santa Monica, then in Venice, California. Seeing a niche on the West Coast, he decided early on to focus on serving book authors. This evolved into his work as a literary agent and the establishment of his agency.

Scroll below now to view representative titles and a complete profile for Paul Levine FREE in our Book Agents Directory.

Scroll below now to view the AAR status and a complete profile for Paul Levine FREE in our Book Agents Directory.

Scroll below now to view the email and postal address for Paul Levine FREE in our Book Agents Directory.

Want more information about Paul Levine? Join thousands of other subscribers today by entering your first name and email address. You’ll get free access to the Directory of Book Agents with detailed profiles for all book agents, including Paul Levine Literary Agent.