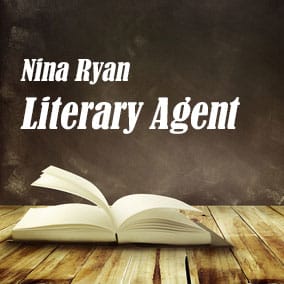 Nina Ryan Literary Agent began her career at Random House as a publicist. She went on to become an editor working primarily on nonfiction including books by Miami Herald crime reporter Edna Buchanan, Russian novelist Vassily Aksyonov, and political activist Tom Hayden. In 1990 she joined the Palmer & Dodge Agency (now Kneerim & Williams) where she helped develop a list of non-fiction and fiction drawn from Boston’s rich academic, medical and literary communities. She also started the agency’s foreign rights program. Subsequent years in New York, and Berlin took her to the Frankfurt Book Fair and put her in touch with many foreign publishers. During these years she represented her own list of general non-fiction and literary fiction as an independent agent, eventually joining forces with Katherine Cowles.

Scroll below now to view representative titles and a complete profile for Nina Ryan FREE in our Book Agents Directory.

Scroll below now to view the AAR status and a complete profile for Nina Ryan FREE in our Book Agents Directory.

Scroll below now to view the email and postal address for Nina Ryan FREE in our Book Agents Directory.

Join thousands of other subscribers today. Get complete access to comprehensive profiles for all book agents like Nina Ryan Literary Agent in the Directory of Literary Agents, absolutely free. Simply enter your first name and email address and get instant access now.