Nicholas Sparks Debate – Is He a Hack… or Hot Stuff? 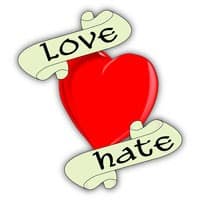 A couple weeks ago I posted an article about Nicholas Sparks, author of 17 bestselling books like The Notebook and Message in a Bottle. Every single book by Sparks has been a bestseller. I don’t know of any other author who can say that, so… love him or hate him, I asked why you feel Nicholas Sparks has been so successful.

You had a lot to say.

If you missed the original article (and everyone’s comments)
click here to check it out: Nicholas Sparks Literary Agent.

Now, before I tell you what I think…

I should say that the only book I’ve read by Nicholas Sparks is The Notebook. I also watched the movie. As a reminder, I first read it as an up and coming literary agent. I wanted to figure out what Nicholas Sparks was doing in his books that was so unique. 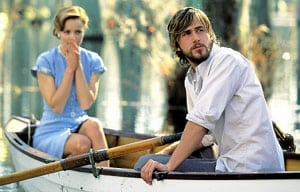 If you haven’t read The Notebook or seen the movie (or if it’s been a while), here’s an abridged summary from Publishers Weekly:

In 1932, two North Carolina teenagers from opposite sides of the tracks fall in love. Spending one idyllic summer together in the small town of New Bern, Noah Calhoun and Allie Nelson do not meet again for 14 years. Noah has returned from WWII to restore the house of his dreams, having inherited a large sum of money. Allie, programmed by family and the “caste system of the South” to marry an ambitious, prosperous man, has become engaged to powerful attorney Lon Hammond. When she reads a newspaper story about Noah’s restoration project, she shows up on his porch step, re-entering his life for two days. Will Allie leave Lon for Noah? What renders Sparks’ sentimental story somewhat distinctive are two chapters, which take place in a nursing home in the ’90s, that frame the central story. The first sets the stage for the reading of the eponymous notebook, while the later one takes the characters into the land beyond happily ever after, a future rarely examined in books of this nature. Early on, Noah claims that theirs may be either a tragedy or a love story, depending on the perspective. Ultimately, the judgment is up to readers – be they cynics or romantics. For the latter, this will be a weeper.”

Although I think Nicholas Sparks is brilliant, I’m not comparing him to Faulkner, Kafka, or Shakespeare. In fact, I understand (to some degree) where Sparks’ critics are coming from when they say things like:

Now that we’ve gotten that out of the way, let’s talk about why Nicholas Sparks is a master… in spite of his shortcomings. You have to admit that any author who writes 17 consecutive bestsellers must be doing something right. 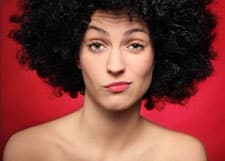 So, what is Nicholas Sparks’ secret sauce?

What Nicholas Sparks Can Teach You

Here are the three things I feel Nicholas Sparks does incredibly well… specific to The Notebook (although most – if not all – of these comments probably apply to his other books as well):

Yes, Nicholas Sparks is something of a Hallmark card writer (a bit cheesy). So, if you want to call him names… that’s okay. 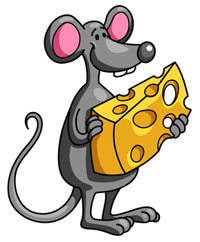 Check out what this frustrated author posted on Amazon:

“What escapes a lot of enthusiasts for The Notebook is that the author is essentially telling the poor drudges over at Iowa Writer’s to forget their MFA’s; if you want to be a successful (as opposed to great or even good) writer, get your MBA-marketing.”

The genius of Nicholas Sparks isn’t his marketing savvy. It’s his obsession with writing a story that lots of people can understand and relate to. That’s called good storytelling. Now, does good storytelling help sell books?

But I never met an author
that didn’t want more readers. 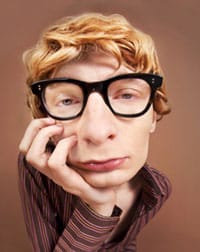 In fact, you’re probably one of them.

Focus more on the fundamentals…

Simple substance is more important than style. If your story isn’t good, nothing else matters. Be clear before you try to be clever. Focus more on connecting with your readers instead of trying to impress them with $20 words or complex sentences that are so long-winded and convoluted that your reader gets confused (like this one).

Bash me (and St. Nick) if you want. Just remember that Sparks has nearly 80 million copies in print worldwide, in over 45 languages, including over 50 million copies in the United States alone. There must be something we can learn from him.