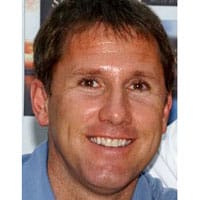 You can also click here to see our Most Popular Literary Agent Search Results.

All of Nicholas Sparks’ books (17 of them) have been New York Times bestsellers. He has nearly 80 million copies in print worldwide, in over 45 languages, including over 50 million copies in the United States alone. Sparks wrote The Notebook over a period of six months at age 28, published by Warner Books. I remember buying The Notebook as a “case study” when I was an agent – because it had been such a huge success. I wanted to figure out why it was such a success (I mean… the guy’s good looking, but he’s not that good looking).

If you haven’t already read The Notebook and/or watched the movie, I suggest you do so. Try to figure out why it’s been so successful. If you’re already familiar with some of Nicholas Sparks’ work, tell me (below) why you think it’s been so successful. By the way, you don’t have to be nice about it. Speak your mind. I don’t think Nicholas Sparks would necessarily say that his work is “classic literature that’s changing the world.” I also doubt that Nicholas Sparks is reading my blog. But you have to admit, the guy’s doing something right. 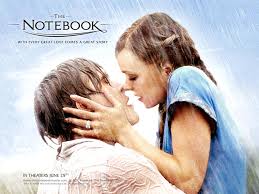 What do I personally think about the work of Nicholas Sparks? I’ll tell you that I a little bit later, after you’ve shared your opinion (in the comment section) below. I don’t want to bias anything. 😉 Now, here’s some info about Nicholas Sparks’ literary agent (and the rest of his bio)…

Safe Haven marks Sparks eighth film adaptation, bringing his cumulative worldwide gross to nearly three-quarters of a billion dollars. Sparks lives in North Carolina with his family and he contributes to a variety of local and national charities. Between his foundation, and the personal gifts of Nicholas and Catherine Sparks, more than $10 million dollars have been distributed to deserving charities, scholarship programs, and projects.

Not a bad role model for aspiring authors…

Complex Chinese rights for The Lucky One to Rye Field, in a nice deal, by Gray Tan on behalf of Nicholas Sparks’ literary agent Abigail Koons at The Park Literary Group.

Simplified Chinese rights for The Last Song to Tianjin Huawentianxia, in a nice deal, by Gray Tan on behalf of Nicholas Sparks’ literary agent Abigail Koons at Park Literary Group.

The Choice to Rye Field in Taiwan for complex Chinese rights in a nice deal to Nha Nam Publishing in Vietnam, in a nice deal, by Gray Tan on behalf of Nicholas Sparks’ literary agent Abigail Koons at Park Literary Group.

Complex Chinese rights for Dear John to Rye Field in a nice deal, in a pre-empt, by Gray Tan on behalf of Nicholas Sparks’ literary agent Abigail Koons at Park Literary Group.

Find contact information for Nicholas Sparks’ literary agent and every other book agent in our FREE Literary Agent Directory.