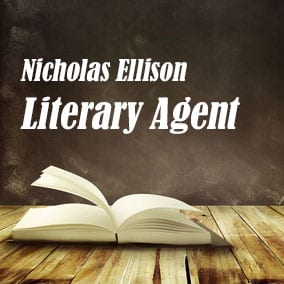 Literary Agent Nicholas Ellison’s father was the president of a distinguished publishing house, Howell Soskin, as well as a professor of law and writing at Columbia University. He was also the book reviewer for the New York Herald Tribune. His mother is the author of the Winnie-the-Pooh Cookbook, and has authored over 20 children’s books. Publishing runs in his family.

Scroll below now to view representative titles and a complete profile for Nicholas Ellison FREE in our Book Agents Directory.

Scroll below now to view the AAR status and a complete profile for Nicholas Ellison FREE in our Book Agents Directory.

Scroll below now to view the email and postal address for Nicholas Ellison FREE in our Book Agents Directory.

Want more information about Nicholas Ellison? Join thousands of other subscribers today by entering your first name and email address. You’ll get free access to the Directory of Book Agents with detailed profiles for all book agents, including Nicholas Ellison Literary Agent.