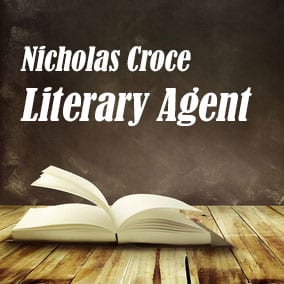 Nicholas Croce Literary Agent was an agent with The Croce Agency. Literary Agent Nicholas Croce has degrees in Creative Writing and Journalism from the University of New Mexico and a Certification in Book Publishing from the New York University Center for Publishing. He is the author of three young adult educational books. He has also appeared in the literary journal “Conceptions Southwest,” the “Bergen News,” mediabistro, eBookNewser and the “New York Times.” Publishing Agent Nicholas Croce was recently described by GalleyCat as “a young agent who has his finger on the pulse of e-books, social media, and other changes happening in the publishing industry.”

Nicholas Croce Literary Agent was an agent with and the President of the Croce Agency, and represented a wide range of commercial fiction in the areas of mystery, thriller, suspense, historical, sci-fi, and literary. He has worked at John Wiley & Sons, Rosen Publishing and Croce Publishing. His eponymous press was named by “Writers Digest” as one of the top markets for book writers. Wishing to work more closely with authors, however, he shuttered the company in 2007 to found the Croce Agency. Since then, Nicholas Croce Literary Agent authors have appeared on several bestseller lists, including the London “Times” and the top 100 best-selling books on Amazon and BarnesAndNoble.com. He is a Member-at-Large of the Authors Guild.

Scroll below now to view representative titles and a complete profile for Nicholas Croce FREE in our Book Agents Directory.

Scroll below now to view the AAR status and a complete profile for Nicholas Croce FREE in our Book Agents Directory.

Scroll below now to view the email and postal address for Nicholas Croce FREE in our Book Agents Directory.

Want more information about Nicholas Croce? Join thousands of other subscribers today by entering your first name and email address. You’ll get free access to the Directory of Book Agents with detailed profiles for all book agents, including Nicholas Croce Literary Agent.