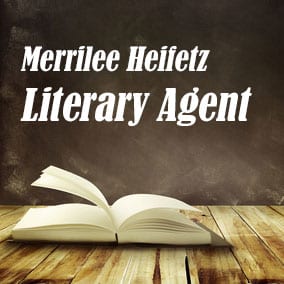 Merrilee Heifetz Literary Agent – This article about Literary Agent Merrilee Heifetz and Writers House is part of a series about literary agents and Finding a Book Agent. Publishing Agent Merrilee Heifetz is an agent with Writers House. Book Agent Merrilee Heifetz chaired the Contracts Committee for the Association of Authors Representatives (AAR) for five years. She has been at Writers House for over 20 years and was one of the first agents to handle comic books/graphic novels, when asked by a very young Neil Gaiman to represent his work with DC Comics (he did promise to write bestselling novels one day and she is very glad she took him at his word). She is one of the few agents who is well known for representing both adult and children’s book. She finds she has been very successful with authors who don’t fall into categories and who can benefit from overall career management.

Scroll below now to view representative titles and a complete profile for Merrilee Heifetz FREE in our Book Agents Directory.

Scroll below now to view the AAR status and a complete profile for Merrilee Heifetz FREE in our Book Agents Directory.

Scroll below now to view the email and postal address for Merrilee Heifetz FREE in our Book Agents Directory.

Want more information about Merrilee Heifetz? Join thousands of other subscribers today by entering your first name and email address. You’ll get free access to the Directory of Book Agents with detailed profiles for all book agents, including Merrilee Heifetz Literary Agent.