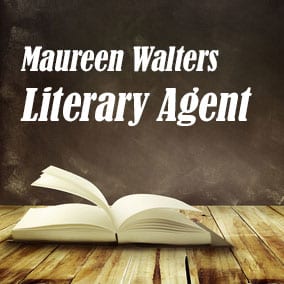 Maureen Walters Literary Agent was an agent with the Curtis Brown Literary Agency. She is no longer taking submissions. In 1981, Book Agent Maureen Walters began developing her own list of clients working primarily in women’s fiction and nonfiction projects on subjects as eclectic as parenting & child care, popular psychology, inspirational/motivational volumes as well as a few medical/nutritional books. In addition she represented a handful of children’s book writers, one of whom is a two-time Newbery Notable Book Award winner for juvenile fiction. Maureen Walters began working at Curtis Brown as assistant to Perry H. Knowlton, then President of the company, and went on some years later to represent the agency’s entire list of clients for translation rights.

Scroll below now to view representative titles and a complete profile for Maureen Walters FREE in our Book Agents Directory.

Scroll below now to view the AAR status and a complete profile for Maureen Walters FREE in our Book Agents Directory.

Scroll below now to view the email and postal address for Maureen Walters FREE in our Book Agents Directory.

Want more information about Maureen Walters? Join thousands of other subscribers today by entering your first name and email address. You’ll get free access to the Directory of Book Agents with detailed profiles for all book agents, including Maureen Walters Literary Agent.