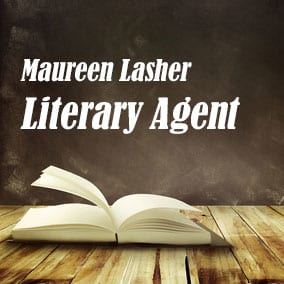 When Maureen Lasher Literary Agent was offered a position at Random House, she took it. As Associate Manager of Advertising, she marketed Random House titles to colleges, schools, and libraries. Next, Literary Agent Maureen Lasher was Director of Advertising and Publicity for Liveright, a literary publisher with a remarkable history and backlist. Today Liveright is an imprint of W.W. Norton, one of the few remaining independent publishers. After marriage and a baby, Book Agent Maureen Lasher moved to Los Angeles with her husband, Eric, who was CEO of Nash Publishing. From Los Angeles, they launched an independent publishing imprint with Houghton Mifflin. The imprint focused on commercial fiction (several were New York Times best sellers) and a travel guide series that grew to over twenty titles. During that time, they were reading many excellent manuscripts that didn’t fit the profile of their imprint. This led to the creation of The LA Literary Agency.

Scroll below now to view representative titles and a complete profile for Maureen Lasher FREE in our Book Agents Directory.

Scroll below now to view the AAR status and a complete profile for Maureen Lasher FREE in our Book Agents Directory.

Scroll below now to view the email and postal address for Maureen Lasher FREE in our Book Agents Directory.

Want more information about Maureen Lasher? Join thousands of other subscribers today by entering your first name and email address. You’ll get free access to the Directory of Book Agents with detailed profiles for all book agents, including Maureen Lasher.