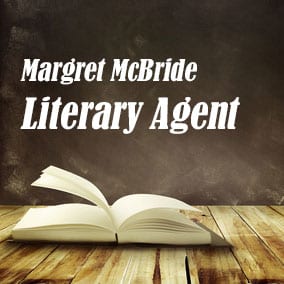 Literary Agent Margret McBride is a member of the Author’s Guild, Association of Authors Representatives (AAR), Authors League, and is past-Chair of the Board of Trustees of the board of La Jolla Playhouse Board at the University of California at San Diego. Publishing Agent Margret McBride previously served on the Library Board of the University of California at San Diego and under her direction the UCSD Writers Conference attracted a distinguished faculty of editors, publishers, and agents, as well as international participants.

Scroll below now to view representative titles and a complete profile for Margret McBride FREE in our Book Agents Directory.

Scroll below now to view the AAR status and a complete profile for Margret McBride FREE in our Book Agents Directory.

Scroll below now to view the email and postal address for Margret McBride FREE in our Book Agents Directory.

Want more information about Margret McBride? Join thousands of other subscribers today by entering your first name and email address. You’ll get free access to the Directory of Book Agents with detailed profiles for all book agents, including Margret McBride.