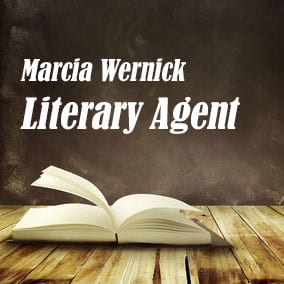 Marcia Wernick Literary Agent – This article about Literary Agent Marcia Wernick and the Wernick & Pratt Agency is part of a series about literary agents and Finding a Literary Agent. Publishing Agent Marcia Wernick is an agent at the Wernick & Pratt Agency. Book Agent Marcia Wernick traveled through Europe after college before settling in New York City and finding her calling in children’s publishing. She worked at the Sheldon Fogelman Agency in subsidiary rights and advanced to director of subsidiary rights. She has attended the Bologna Children’s Book Fair more than a dozen times, enjoying the international camaraderie of the industry. When she realized working directly with the authors and illustrators brought her joy, she focused on the agenting side of the business.

When Marcia Wernick Literary Agent became a full time agent, she bought in many authors and illustrators to the agency. Some of Literary Agent Marcia Wernick’s clients include: Jackie Urbanovic, Elizabeth Cody Kimmel, Mo Willems, Bryan Collier, Alexandra Boiger, and Kathleen O’Dell. She also handles the foreign rights side of Wernick & Pratt Agency and works with film agents on the licensing of motion picture/television rights.

Scroll below now to view representative titles and a complete profile for Marcia Wernick FREE in our Book Agents Directory.

Scroll below now to view the AAR status and a complete profile for Marcia Wernick FREE in our Book Agents Directory.

Scroll below now to view the email and postal address for Marcia Wernick FREE in our Book Agents Directory.

Join thousands of other subscribers today. Simply enter your first name and email address for free, instant access to the Directory of Literary Agents. Get complete access to comprehensive profiles for both established book agents and new literary agents like Marcia Wernick Literary Agent.