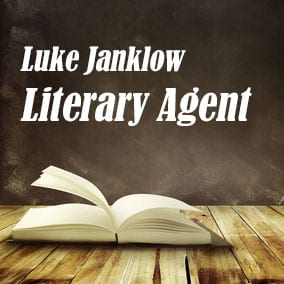 Luke Janklow Literary Agent – This article about Literary Agent Luke Janklow and Janklow & Nesbit Associates is part of a series about literary agents and Finding a Book Agent. Publishing Agent Luke Janklow is an agent with Janklow & Nesbit Associates. Book Agent Luke Janklow graudated from Wesleyan University with a degree in Cinema Studies and Art History. He started out as an aspiring rock star, fronting the band Darlahood, which toured during the ’90s supporting the likes of Helmet. (Darlahood’s sound was once described as “the return of a riff-heavy, self-indulgent, guitar-fueled brand of ‘head’ music that went out of style with strawberry rolling papers.”) The 6-foot, 6-inch Janklow threw in the towel at age 30 and joined literary agency Janklow & Nesbit in 1999. He’s not the “Janklow” on the letterhead, though—that’s his father, Mort Janklow, who co-founded the firm with Lynn Nesbit.

Luke Janklow Literary Agent is focused on where publishing is going and what it will look like in the near and far future. He is open to new publishing ideas and how authors can maximize and broaden their earning power and cultural impact. He is engaged by the worlds of film, television and digital. He is also exploring branding, products and other unusual ways for storytellers to expand their reach.

Luke Janklow Literary Agent represents the likes of Anderson Cooper, American Idol’s Simon Cowell, and Atoosa Rubenstein. (Other names Janklow & Nesbit represents: Malcolm Gladwell, Bill O’Reilly, Barbara Walters, and Michael Moore.) But the attention-seeking Literary Agent Luke Janklow has also managed to earn some notoriety outside the publishing biz: he was featured in Men’s Vogue and in 2004 appeared with his wife in an ad campaign for TSE cashmere. In 2007, he was named the “hottest straight man in publishing” by Gawker.com.

Scroll below now to view representative titles and a complete profile for Luke Janklow FREE in our Book Agents Directory.

Scroll below now to view the AAR status and a complete profile for Luke Janklow FREE in our Book Agents Directory.

Scroll below now to view the email and postal address for Luke Janklow FREE in our Book Agents Directory.

Want more information about Luke Janklow? Join thousands of other subscribers today by entering your first name and email address. You’ll get free access to the Directory of Book Agents with detailed profiles for all book agents, including Luke Janklow Literary Agent.