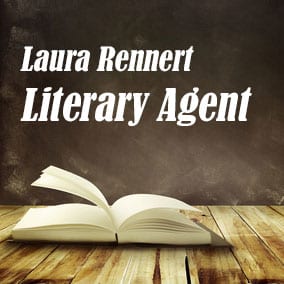 Laura Rennert Literary Agent loves character-driven, page-turning fiction with real emotional power. The common thread in the diverse range of projects she represents is a strong voice and a propensity to make readers both feel and think. She has a special fondness for characters with an insider-outsider perspective; for narrative risk-takers; and for books that make her laugh and cry. She likes surprises, and would love to find a stunning, unexpected, can’t-put-me-down novel with a swing for the fences literary voice and an amazing commercial hook in any genre.

Right now Laura Rennert Literary Agent’s particularly seeking upper middle-grade and YA fiction. She’s drawn to contemporary and multi-cultural fiction; speculative fiction and alternate histories/realities; dystopian, fantasy, and paranormal; thrillers, science fiction and horror; neo-gothic novels and steampunk; subversive fairy tales; and other genres that hark back to her 19th century Brit Lit roots. She has a weakness for novels that turn her favorite classics (hint, Jane Austen, Shakespeare, original fairy tales, Dante, the Pre-Raphaelites) or myths inside out, give them an intriguing new context, and bring something unexpected to the table. She’d be thrilled to find a Hugo Cabret-like illustrated novel for older readers.

Laura Rennert Literary Agent has been a Senior Agent with Andrea Brown Literary Agency since 1998, and she believes that being an agent is enhanced by her experience on the other side of the table. She’s the author of a picture book, BUYING, TRAINING, AND CARING FOR YOUR DINOSAUR (Knopf/RH), illustrated by Marc Brown, creator of Arthur. She’s also the author of an illustrated chapter book, ROYAL PRINCESS ACADEMY: DRAGON DREAMS, forthcoming with Dial/Penguin in 2012. Literary Agent Laura Rennert has a Ph.D. in English Literature and was a faculty member in English Departments of the University of Virginia, Osaka University of Foreign Studies, and Santa Clara University. She speaks at writers’ conferences and book festivals throughout the country and overseas. She loves helping to bring breath-taking, unforgettable books to readers, and believes she has the best job in the world. 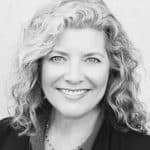 Scroll below now to view representative titles and a complete profile for Laura Rennert FREE in our Book Agents Directory.

Scroll below now to view the AAR status and a complete profile for Laura Rennert FREE in our Book Agents Directory.

Scroll below now to view the email and postal address for Laura Rennert FREE in our Book Agents Directory.

Want more information about Laura Rennert? Join thousands of other subscribers today by entering your first name and email address. You’ll get free access to the Directory of Book Agents with detailed profiles for all book agents, including Laura Rennert Literary Agent.