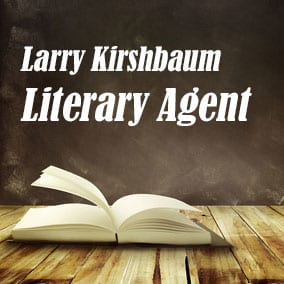 Larry Kirshbaum Literary Agent was a literary agent with the Waxman Literary Agency. He is no longer taking submissions. Book Agent Larry Kirshbaum has been Vice-President and head of the NY Publishing Office of Amazon.com and has helped launch a list of adult bestsellers. These are notably headlined by Tim Ferriss’ bestselling “The 4-Hour Chef” and include more literary works such as Jay Parini’s “Jesus” which has received huge critical acclaim. During his tenure at Amazon, the NY publishing group acquired and managed the children’s trade list of Marshall Cavendish Corp. Larry Kirshbaum was also very involved as an editor in developing self-published authors, a current focus. As a Waxman Leavell agent, Larry hoped to sign fiction and nonfiction authors, including those who were self-published.

Larry Kirshbaum Literary Agent had a long history of involvement in all phases of publishing—as a writer, agent, and publisher. Most of his career was spent at Time-Warner publishing from 1974-2005 where he started as a marketing executive and ultimately became CEO of Warner Books (now Grand Central Publishing) and then head of the Time-Warner Book Group (now the Hachette Book Group). During a span of over three decades, he was involved in publishing dozens of NYT bestselling authors ranging from James Redfield, Nelson DeMille, James Patterson, Nicholas Sparks, David Baldacci, Robert James Waller and Sandra Brown to Malcolm Gladwell and Madonna. After leaving Time-Warner in 2005, Literary Agent Larry Kirshbaum founded the LJK Literary Agency where he and his colleagues represented NYT bestselling authors, such as Donald Trump, Kathleen McGowan, Ree Drummond (the Pioneer woman cookbooks), author of the Mary Magdalene trilogy, and Edgar-winning author David Ellis. 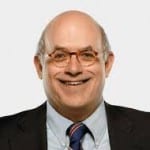 Scroll below now to view representative titles and a complete profile for Larry Kirshbaum FREE in our Book Agents Directory.

Scroll below now to view the AAR status and a complete profile for Larry Kirshbaum FREE in our Book Agents Directory.

Scroll below now to view the email and postal address for Larry Kirshbaum FREE in our Book Agents Directory.

Want more information about Larry Kirshbaum? Join thousands of other subscribers today by entering your first name and email address. You’ll get free access to the Directory of Book Agents with detailed profiles for all book agents, including Larry Kirshbaum Literary Agent.