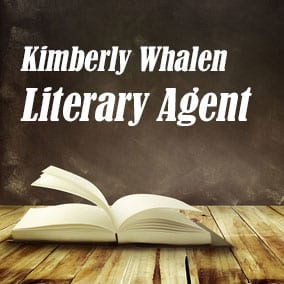 Before she became a literary agent, Kimberly Whalen Literary Agent was the foreign rights director at St. Martin’s Press. Her experience working in various branches of the publishing industry for over two decades, provides her authors with unique and global expertise.

Scroll below now to view representative titles and a complete profile for Kimberly Whalen FREE in our Book Agents Directory.

Scroll below now to view the AAR status and a complete profile for Kimberly Whalen FREE in our Book Agents Directory.

Scroll below now to view the email and postal address for Kimberly Whalen FREE in our Book Agents Directory.

Want more information about Kimberly Whalen? Join thousands of other subscribers today by entering your first name and email address. You’ll get free access to the Directory of Book Agents with detailed profiles for all book agents, including Kimberly Whalen Literary Agent.