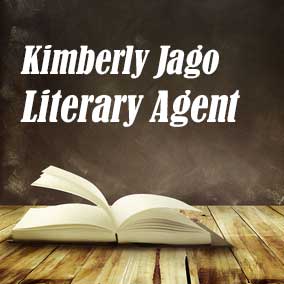 Kimberly Jago Literary Agent was a literary agent with Jago Ciro Entertainment. She is no longer taking submissions. Publishing Agent Kimberly Jago was a literary agent with Jago Ciro Entertainment. Book Agent Kimberly Jago, owner/partner of Jago Ciro Entertainment, has been a talent manager for years. For many of those years, she was on the Board of Directors of the Talent Managers Association (TMA), and was the first elected East Coast based Vice President in the five plus decade history of the TMA. Although no longer with the TMA, Kimberly then shared her perspective and experience as a member Literary Managers and Dramaturgs of America (LMDA). She was thrilled when she was approached to represent a UK based published author, and quickly established a literary division with her company.

Don’t submit a query letter to Kimberly Jago Literary Agent because she’s on our list of book agents who’ve stopped agenting, retired, or passed away. If you want to find book agents that ARE seeking new clients, click here now to access our Book Agents Directory. Or scroll below to learn more about Literary Agent Kimberly Jago and Jago Ciro Entertainment.

Scroll below now to view representative titles and a complete profile for Kimberly Jago FREE in our Book Agents Directory.

Scroll below now to view the AAR status and a complete profile for Kimberly Jago FREE in our Book Agents Directory.

Scroll below now to view the email and postal address for Kimberly Jago FREE in our Book Agents Directory.

Join thousands of other subscribers today. Simply enter your first name and email address for free, instant access to the Directory of Literary Agents. Get complete access to comprehensive profiles for both established book agents and new literary agents like Kimberly Jago Literary Agent.