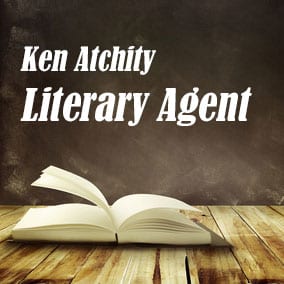 Ken Atchity Literary Agent was an agent with Atchity Entertainment International (AEI). He is no longer an agent. Based on Literary Agent Ken Atchity’s own teaching and writing experience, he has successfully built bestselling careers for novelists, nonfiction writers, and screenwriters from the ground up. Clients include bestsellers Jamise Dames, Noire, Shirley Palmer, Tracy Price-Thompson, Ripley’s Believe-It-Or-Not!, Cheryl Saban, and Governor Jesse Ventura. Now, as chairman and CEO of Atchity Entertainment International, Inc., Book Agent Ken Atchity’s Story Merchant companies, www.aeionline.com and www.thewriterslifeline.com, provide a one-stop full-service development and management machine for commercial and literary writers who wish to launch their storytelling in all media – from publishing and film and television production, to Web presence and merchandising & licensing.

With more than forty years of experience in the publishing world, and over fifteen years in entertainment, Ken Atchity Literary Agent was a self-defined “story merchant” – writer, producer, teacher, and literary manager, responsible for launching dozens of books and films. His life’s passion was finding great storytellers and turning them into bestselling authors and screenwriters. Literary Agent Ken Atchity produced 28 films, including “Joe Somebody” (Tim Allen; Fox), “Life or Something Like It” (Angelina Jolie; Fox), “The Amityville Horror” (NBC), “Shadow of Obsession” (NBC), “The Madam’s Family” (CBS), “Gospel Hill” (Fox), and “Hitting the Bricks.” Films in development include “Meg,” “3 Men Seeking Monsters” (Universal), “Demonkeeper” (Fox), “The Last Valentine” (Hallmark Hall of Fame), “Sex in the South” (Lifetime), and Ripley’s Believe-It-Or-Not (starring Jim Carrey; Paramount).

Don’t submit a query letter to Ken Atchity Literary Agent because she’s on our list of book agents who’ve stopped agenting, retired, or passed away. If you want to find book agents that ARE seeking new clients, click here now to access our Book Agents Directory. Or scroll below to learn more about Literary Agent Ken Atchity and Atchity Entertainment International (AEI).

Scroll below now to view representative titles and a complete profile for Ken Atchity FREE in our Book Agents Directory.

Scroll below now to view the AAR status and a complete profile for Ken Atchity FREE in our Book Agents Directory.

Scroll below now to view the email and postal address for Ken Atchity FREE in our Book Agents Directory.

Want more information about Ken Atchity? Join thousands of other subscribers today by entering your first name and email address. You’ll get free access to the Directory of Book Agents with detailed profiles for all book agents, including Ken Atchity Literary Agent.