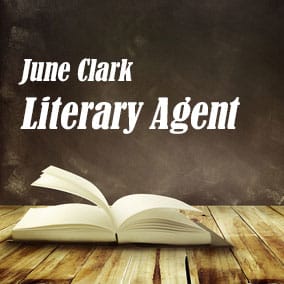 June Clark Literary Agent – This article about Literary Agent June Clark and FinePrint Literary Management is part of a series about literary agents and how to Find a Publishing Agent. Publishing Agent June Clark is an agent with FinePrint Literary Management. DO NOT QUERY THIS AGENT AT THIS TIME: June is not currently accepting unsolicited submissions. Book Agent June Clark earned M.A. in Publishing and Writing from Emerson College, with a focus on playwriting. Her play, Separation Anxiety, was produced at the Brimmer Street Theater in Boston. A monologue from the play was featured in One on One: The Best Women’s Monologues of the 21st Century, and will be published in its entirety by Next Stage Press in April 2021.

A published author, June Clark Literary Agent co-wrote Signature for Success: How to Analyze Handwriting and Improve Your Career, Your Relationships, and Your Life (with Arlyn Imberman), The Complete Book of Astrology (with Ada Aubin), and coming in 2022,  The Essential Tarot (with Lena Rodriguez and Seanna Rose). She is also the author of The Everything Baby Name Book.  In addition, she has also helped write and edit several other notable titles in the areas of psychology, health, and parenting.

Before her career in publishing, June Clark Literary Agent worked in the cable TV industry. She handled marketing, affiliate relations, and promotions for Group W Cable, Showtime, and the New England Cable Co-op. She went from there to work for a few promotional agencies as a copywriter and consultant on campaigns for cable networks, such as: A&E, HBO, Nickelodeon, and Food Network. She received the Cable ACE/Emmy award.

Scroll below now to view representative titles and a complete profile for June Clark FREE in our Book Agents Directory.

Scroll below now to view the AAR status and a complete profile for June Clark FREE in our Book Agents Directory.

Scroll below now to view the email and postal address for June Clark FREE in our Book Agents Directory.

Want more information about June Clark? Join thousands of other subscribers today by entering your first name and email address. You’ll get free access to the Directory of Book Agents with detailed profiles for all book agents, including June Clark Literary Agent.