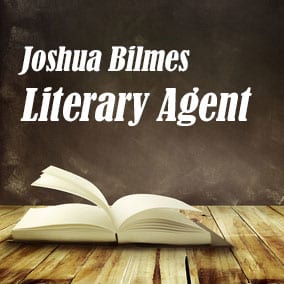 Literary Agent Joshua Bilmes path to publishing and owning his own agency began in high school, when he sent many letters to the editor of Analog, the leading science fiction magazine, critiquing each issue. These letters impressed the magazine’s associate editor, Betsy Mitchell, so much that she offered Bilmes the chance to do freelance readers reports and other work for her when she joined Baen Books (Betsy eventually left Baen for high-level positions at Warner, Ballantine/Del Rey and other major imprints and now freelances at Betsy Mitchell Editorial Services).

Joshua Bilmes Literary Agent’s path to becoming an agent went through the science fiction genre, though his interests were and are far broader. In the mystery genre, the Hardy Boys led to the Three Investigators, and from there to Agatha Christie, Perry Mason, the 87th Precinct and John LeCarre. His college degree in history introduced him to The New Republic, though he now reads The New Yorker. He keeps up on pop culture with Rolling Stone and spends fifteen hours a week reading newspapers.

Scroll below now to view representative titles and a complete profile for Joshua Bilmes FREE in our Book Agents Directory.

Scroll below now to view the AAR status and a complete profile for Joshua Bilmes FREE in our Book Agents Directory.

Scroll below now to view the email and postal address for Joshua Bilmes FREE in our Book Agents Directory.

Want more information about Joshua Bilmes? Join thousands of other subscribers today by entering your first name and email address. You’ll get free access to the Directory of Book Agents with detailed profiles for all book agents, including Joshua Bilmes Literary Agent.