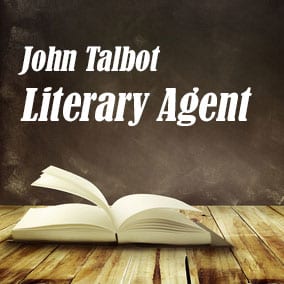 John Talbot Literary Agent – This article about Literary Agent John Talbot and Talbot Fortune Agency is part of a series about literary agents and Finding a Book Agent. Publishing Agent John Talbot is an agent with Talbot Fortune Agency. Book Agent John Talbot is a member of the AAR. Prior to becoming an agent, he spent three years with Pocket Books and seven years with Putnam Berkley (now part of Penguin USA), where he rose to the rank of Senior Editor and worked with such global bestsellers as Tom Clancy, W.E.B. Griffin, and Jack Higgins, as well as rising literary stars such as Tom Perrotta, whose novel ELECTION was the basis for the Oscar-nominated film of the same name. John Talbot edited over a dozen national bestsellers and had five New York Times Notable Books for the Putnam, Berkley, and Riverhead imprints. He began his editorial career at Simon & Schuster/Prentice Hall Press.

Scroll below now to view representative titles and a complete profile for John Talbot FREE in our Book Agents Directory.

Scroll below now to view the AAR status and a complete profile for John Talbot FREE in our Book Agents Directory.

Scroll below now to view the email and postal address for John Talbot FREE in our Book Agents Directory.

Want more information about John Talbot Literary Agent? Join thousands of other subscribers today by entering your first name and email address. You’ll get free access to the Directory of Book Agents with detailed profiles for all book agents, including John Talbot.