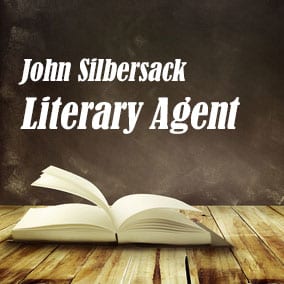 John Silbersack Literary Agent worked at several publishing companies and founded six imprints, including: Warner Aspect, ROC Books at Penguin, and three at Harper (Prism, Entertainment, and Children’s Entertainment). He works closely with his authors in the development and editing of their work. He’s interested in new clients who have a passion for their subject or for storytelling and who want to work collaboratively to build an ascending career. He’s particularly interested in taking on emerging new thriller and suspense writers and literary estates of all kinds.

Scroll below now to view representative titles and a complete profile for John Silbersack FREE in our Book Agents Directory.

Scroll below now to view the AAR status and a complete profile for John Silbersack FREE in our Book Agents Directory.

Scroll below now to view the email and postal address for John Silbersack FREE in our Book Agents Directory.

Join thousands of other subscribers today. Simply enter your first name and email address for free, instant access to the Directory of Literary Agents. Get complete access to comprehensive profiles for both established book agents and new literary agents like John Silbersack Literary Agent.