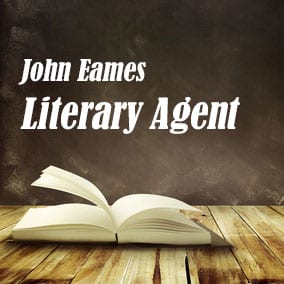 John Eames Literary Agent started his career in commercial banking in Fairfax, Virginia. Then, after a short time in healthcare management at Ohio State University in Columbus, Ohio, he transitioned in 1974 to the world of publishing, when he saw an opportunity to be involved in the company start-up of NavPress Publishing Group, which has been an influential Christian publisher and has published many significant works. He was a Publisher of NavPress for over 20 years. In 1998, Literary Agent John Eames relocated to Nashville, where he brought his leadership expertise to Thomas Nelson Bibles and helped them launch several best-selling Bible titles. He went on to eventually become a literary agent and start his own agency.

Scroll below now to view representative titles and a complete profile for John Eames FREE in our Book Agents Directory.

Scroll below now to view the AAR status and a complete profile for John Eames FREE in our Book Agents Directory.

Scroll below now to view the email and postal address for John Eames FREE in our Book Agents Directory.

Join thousands of other subscribers today. Get complete access to comprehensive profiles for all book agents like John Eames Literary Agent in the Directory of Literary Agents, absolutely free. Simply enter your first name and email address and get instant access now.