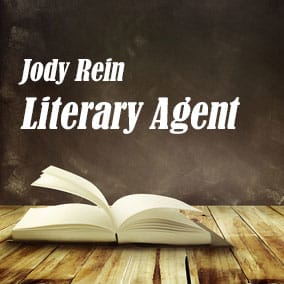 Jody Rein Literary Agent – This article about Literary Agent Jody Rein and Jody Rein Books is part of a series about literary agents and Finding a Book Agent. Book Agent Jody Rein is an agent with Jody Rein Books. DO NOT QUERY THIS AGENT AT THIS TIME: Jody is not currently accepting unsolicited submissions. Publishing Agent Jody Rein began her career in publishing as an editorial assistant for Contemporary Books in Chicago. She had many promotions and transferred to Contemporary’s New York office as senior editor. She moved to Dell/Delacorte (soon Bantam/Doubleday/Dell) Publishing Company (now part of Random/Penguin) as editor, and was quickly promoted to senior editor, and then executive editor. She remained with BDD for several years, then joined Morrow/Avon (now part of HarperCollins) as executive editor. Jody Rein stayed with Avon as editor-at-large and consultant after she moved to Colorado, but eventually left the company to start her literary agency.

Jody Rein Literary Agent is also a writer. Her ghostwritten book published by Viking Penguin received a starred review in Library Journal and an enthusiastic recommendation from the late Ann Landers. Literary Agent Jody Rein was awarded an Editorial Fellowship to the Jerusalem Book Fair. She has been a popular speaker at writers’ and speakers’ conferences nationwide, a guest lecturer at the University of Denver for seven years, and the agent/expert at the University of Denver’s Publishing Institute three times. Book Agent Jody Rein is a former member of Women in Publishing and a current member of the Association of Authors’ Representatives and The Authors Guild. 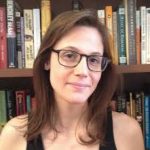 Scroll below now to view representative titles and a complete profile for Jody Rein FREE in our Book Agents Directory.

Scroll below now to view the AAR status and a complete profile for Jody Rein FREE in our Book Agents Directory.

Scroll below now to view the email and postal address for Jody Rein FREE in our Book Agents Directory.

Want more information about Jody Rein? Join thousands of other subscribers today by entering your first name and email address. You’ll get free access to the Directory of Book Agents with detailed profiles for all book agents, including Jody Rein.