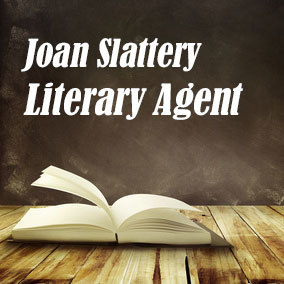 Joan Slattery Literary Agent was an agent with Pippin Properties in New York City. She is no longer an agent. Literary Agent Joan Slattery earned her Masters in Library Science while working as an editor. She spent nearly 20 years in children’s book publishing, most recently as Senior Executive Editor at Knopf Books for Young Readers (Random House). She has edited such acclaimed authors as Philip Pullman, Jerry Spinelli, Cynthia Voigt, Jane Smiley, and Laura and Tom McNeal. In late 2010, Joan Slattery Literary Agent joined Pippin Properties as an agent and contracts manager.

Don’t submit a query letter to Literary Agent Joan Slattery because she’s on our list of book agents who’ve stopped agenting, retired, or passed away. If you want to find book agents that ARE seeking new clients, click here now to access our Book Agents Directory. Or scroll below to learn more about Literary Agent Joan Slattery and Pippin Properties.

Join thousands of other subscribers today. Get complete access to comprehensive profiles for all book agents like Joan Slattery in the Directory of Literary Agents, absolutely free. Simply enter your first name and email address and get instant access now.