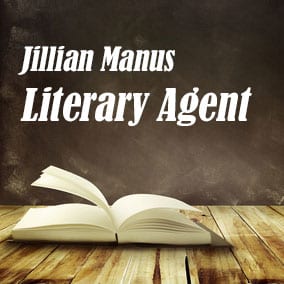 Jillian Manus Literary Agent served on several local and national boards, including the board of trustees for New York University, the Dean’s Council for the Tisch School of Arts, Communities in Schools, InnVision Shelter Network, College Track, Internews, The Shiver Report Advisory Board, Center of Investigative Reporting, and served for seven years as Chair for the largest women’s conference in the world, The Women’s Conference, under the leadership of Maria Shriver. She was also chair of the California Governor and First Lady’s Conference on Women and Families. She was very active in the development efforts of numerous literacy and mentoring programs across the country, including serving on the Leadership Advisory Council for Save the Children. Literary Agent Jillian Manus was known for paying special attention to books that empower women physically and spiritually, because her personal mission is to fuel all efforts which create a path to self-sufficiency and security for women and children.

Literary Agent Jillian Manus had an extensive background and knowledge of the marketplace that was acquired in the course of her distinguished and multifaceted career. She was a TV agent at International Creative Management, Director of Development at Warner Brothers and Universal Studios, VP of media investment and acquisitions at Credit Suisse/Trende: AG, and an Associate Publisher of two national magazines covering the technology and entertainment industry. She was also a member of the Clinton Global Initiative and serves as Senior Strategic Advisor to VantagePoint Venture Partners.

Due to her background, Literary Agent Jillian Manus was a much sought after speaker and was frequently invited to provide political commentary in both print and television. Including multiple appearances on The War Room with Jennifer Granholm, Hardball, and on Fox News.

Scroll below now to view the AAR status and a complete profile for Jillian Manus FREE in our Book Agents Directory.

Scroll below now to view the email and postal address for Jillian Manus FREE in our Book Agents Directory.

Want more information about Jillian Manus Literary Agent? Join thousands of other subscribers today by entering your first name and email address. You’ll get free access to the Directory of Book Agents with detailed profiles for all book agents, including Jillian Manus.