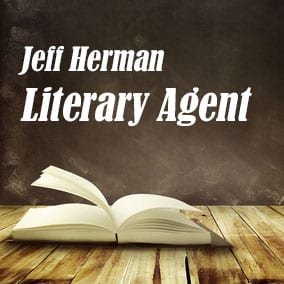 Jeff Herman Literary Agent’s own books include, Jeff Herman’s Guide to Book Editor’s, Publishers & Literary Agents (more than 500,000 copies sold), and Write the Perfect Book Proposal: 10 Proposals That Sold & Why! co-authored with his wife and business partner, Deborah Levine Herman. They are universally considered to be among the best tools available for writers. Literary Agent Jeff Herman has been written about in dozens of books and publications, including Success, Entrepreneur, Publisher’s Weekly, Forbes, Associated Press, and The New Yorker, and has been on many television and radio shows.

Prior to launching the agency, Jeff Herman Literary Agent worked for a NY public relations firm where he designed and managed national marketing campaigns for Nabisco Brands and AT&T, including the introduction of the first consumer cell phone in the NY market. His first job out of college was as a publicist at Schocken Books (now a Random House imprint) where he promoted the bestseller: When Bad Things Happen to Good People.

Scroll below now to view representative titles and a complete profile for Jeff Herman FREE in our Book Agents Directory.

Scroll below now to view the AAR status and a complete profile for Jeff Herman FREE in our Book Agents Directory.

Scroll below now to view the email and postal address for Jeff Herman FREE in our Book Agents Directory.

Want more information about Jeff Herman? Join thousands of other subscribers today by entering your first name and email address. You’ll get free access to the Directory of Book Agents with detailed profiles for all book agents, including Jeff Herman Literary Agent.