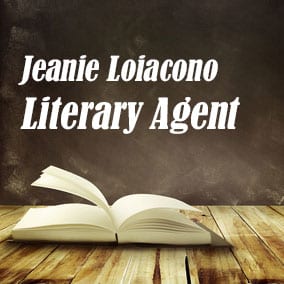 Jeanie Loiacono Literary Agent has been involved with the literary arts all her life. Starting at a young age, her sister, Barbara, taught her to read and write before she started school. It was never enough to be read to as a child. She discovered the magic of escaping through the written word and never looked back. She felt she had to learn to read so she could go to “the land far, far away” on her own. With a sister passionate about literature, a father who was Aid de Camp for two governors, empowering her with the skills to compose and type letters and meaningful essays, and a mother who taught her to speak German, she naturally excelled in language arts. Literary Agent Jeanie Loiacono believes there is nothing more rewarding than holding one of her authors’ books and knowing she helped make it a reality. She feels privileged and blessed to work with some of the most talented writers in the world.

Scroll below now to view representative titles and a complete profile for Jeanie Loiacono FREE in our Book Agents Directory.

Scroll below now to view the AAR status and a complete profile for Jeanie Loiacono FREE in our Book Agents Directory.

Scroll below now to view the email and postal address for Jeanie Loiacono FREE in our Book Agents Directory.

Join thousands of other subscribers today. Simply enter your first name and email address for free, instant access to the Directory of Literary Agents. Get complete access to comprehensive profiles for both established book agents and new literary agents like Jeanie Loiacono Literary Agent.